John is highly regarded as a stone restoration industry expert. Many professional contractors attribute their success to his teaching.

From 1988-1991 John was a franchise sales representative for a very large and successful stone restoration franchise. In 1991 he took over operations for the Orlando location, taking it from zero to the franchise with the most sales and volume and profit in U.S. by 2003. He earned many recognitions and awards for his outstanding achievements. In addition to his 15 years franchise operator experience, John became President of their world-wide franchise operations, manufacturing and distribution, a position he held for 5 years. During that time, he was responsible for day to day operations, managing 9 technicians and overseeing every job, selling franchises, development and building of franchises, mentored business owners, doing research, and the development of new products.

In 2008 John became the Director and primary instructor at the Stone and Tile School and opened his own stone and tile restoration company, Elite Stone and Tile Care. Despite the devastating recession, these two businesses survived and grew. John developed restoration processes unique to the industry. Word got around that his course could virtually pay for itself, because technicians who implemented the techniques they were taught were able to achieve excellent results in less time, enabling business owners to underbid competition and still turn a profit. Today, John brings his expertise to SurpHaces Learning Institute where students can learn the same principles taught in his hands-on class.

John also serves on the Board of Directors for Charlie’s Lunch, a feeding and health ministry for third world countries. 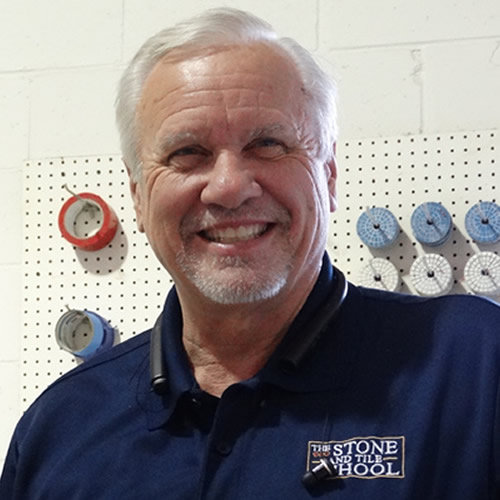